As a lot of our friends know, our firm is a frequent guest on the radio show The Final Countdown on AM 920 The Game.

On the July 15, 2016 show, we were invited to discuss the NFL’s drug policy (specifically marijuana) and former NFL running back Ricky Williams’ outspoken stance on medical marijuana.  During the show, I discussed the fact that marijuana remains illegal from a federal perspective, but that the NFL will need to adjust its policy, especially in light of the growing acceptance of medical marijuana (in the Western states, at least) and the few states like Colorado, where recreational marijuana is legal (still illegal from a federal perspective) and the NFL has a team.

My opinion voiced on the show is that the NFL will not remove marijuana from its list of banned substances anytime soon, but it will not actively search for (i.e. test for) marijuana like it did in the past, but will treat any player’s marijuana-related incident as a violation of the NFL’s player conduct policies.  My position was that like alcohol, the NFL will not involve themselves in a player’s private life unless or until there is a need for the league to make a statement. Drinking alcohol isn’t a violation of the league’s player conduct policy, but bar fights and DUI’s are.

As a result of the show, lots of people have contacted us to elaborate our position or argue their opinions on the matter.  Without furthering the argument, I just wanted to elaborate on my personal opinion and perspective on the issue.

That may be true. The truth remains that as of this post, marijuana is on the list of prohibited substances which the NFL currently tests for and applies discipline for use. When arguing the basis for the testing, there are certain considerations which must reviewed, and the first is why the NFL tests for marijuana (and other drugs) in the first place.

Marijuana is not a performance-enhancing drug like steroids or HGH, so some argue that the NFL has no basis for testing the athletes.

The reason the NFL tests for illegal drugs is much different that the reasons most employers test for the same drugs. Most employers test for illegal substances for insurance and worker’s compensation issues. If you are a mechanic and lose a finger at work, you get drug tested- if you test positive for illegal drugs, your employer is absolved of liability. If you are a truck driver, and you cause an accident, you get drug tested for the same reason.  Employers argue that drug testing prevents injury.

The NFL is a multi-billion dollar industry, which spends millions on partnerships with places like United Way and on things like their own Play60 program. The NFL makes millions of dollars convincing people to buy their products like team jerseys with player’s names on them. The NFL has a vested interest in keeping all of their players as controversy-free as possible, in an effort to make the players and teams as marketable as possible to all people. The player conduct policy is in place to manage the image of the league as a whole.

Mr. Williams may be correct that the majority of players consume marijuana.  The NFL has a vested interest in avoiding alienating any potential fan/customer.  As Mr. Williams (perhaps unintentionally) stated, the NFL is not actively on a witch-hunt for players using marijuana, and may turn a blind eye to its use, using a “no harm-no foul” approach to enforcement of their marijuana policy.  However, with rich athletes there is the potential for serious harm. To illustrate:  Sam Hurd.

My position on the show is that the NFL will not remove marijuana from its list of banned substances, because marijuana is still illegal federally, and that a strong anti-marijuana sentiment exists in large sections of America, despite current developments in western states.

By the same token, the player’s association recognizes the NFL’s position and the player’s benefit from a squeaky-clean image, so they will not actively or publicly lobby for marijuana’s removal from the list of banned substances. My position on the show is that the developments in the Western states (medical marijuana to all-out tolerance) does make it more difficult for the NFL, so the NFL will not actively look for problems. However, if there is a problem, or a problem player, the NFL will use the player-conduct policies in the existing collective bargaining agreement to penalize the violating player.

My recommendation was for players to treat marijuana similar to alcohol- drink responsibly. 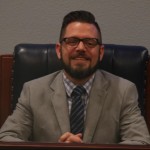